This June we are welcoming a brand new team member! Here at Portlebay our marketing team is doubling up with new girl Iona- A.K.A mini Millie.

-Iona is passionate about the classic and simple things in life-  pretty flowers, summer evenings and of course Lightly Sea Salted popcorn.

-As well as this Iona is a lover of sport; regularly playing Lacrosse, enjoying the gym and best of all going for runs with her dog Alfie! She can often be spotted in her natural habitat which is any of the South-West’s beautiful beaches, which is just one of the reasons she loves Devon so much.

-This beach admiration is down to her love of adventure, but watch out! Iona is known to get carried away with her exploring and has been stuck up trees, stranded on rocks and even lost in a Cambodian jungle!

Her adventurous personality was passed down to her from her parents who named her after an island in Scotland due to their love of traveling and Scottish heritage. One day Iona would love to travel the world, but right now, shes most excited for her new venture right here at Portlebay.

Another sunny day in beautiful Devon and another welcome to a chirpy new Portlebay team member. Today, we are introducing Mark, he has undergone the vital rite of passage of posing with with Bob the seagull and is now an official Portlebay Popcorn warrior. WOO HOO! GO MARK! It wouldn’t be an official Portlebay greeting if we didn’t investigate into what Mark loves and what he’ll be doing when he’s not frolicking in a sea of popcorn, so here’s some fun facts about him…

-His favourite Portlebay Popcorn is Chilli & Lime- he loves his chilli and loves his lime, it’s a match made in heaven!

-Mark can also been known as ‘Motorcycle Mark’, as he has a great passion for the speedy two wheel machines and travels around the country following The British Super Bike Events (of course on his own motorbike!) Mark’s love for motorbikes began with motocross racing, when he was only 14, and has been flourishing ever since! At one time Mark had a collection of four motorbikes; a traditional bike, an adventure bike, a touring bike and a sport bike! Fancy a spin? Marks ya man!

-He has a gorgeous German Shepard, called Ellie-May, who is just over a year old and will melt your heart!

-Along with motorcycles, Mark also collects beautiful fountain pens. His interest in pens started after a customer gifted Mark a fountain pen as a thank you and ever since he has loved them! Mark’s collection now exceeds 30 of these glorious creations!

-At 12 years old Mark’s music teacher told him not to sing as he sounded like ‘an old growler’ and has never sang since, not even in the shower!

Here’s a snap of Ellie-May- look how adorable she is!

If you haven’t yet met Roddy, make sure you read this post too! 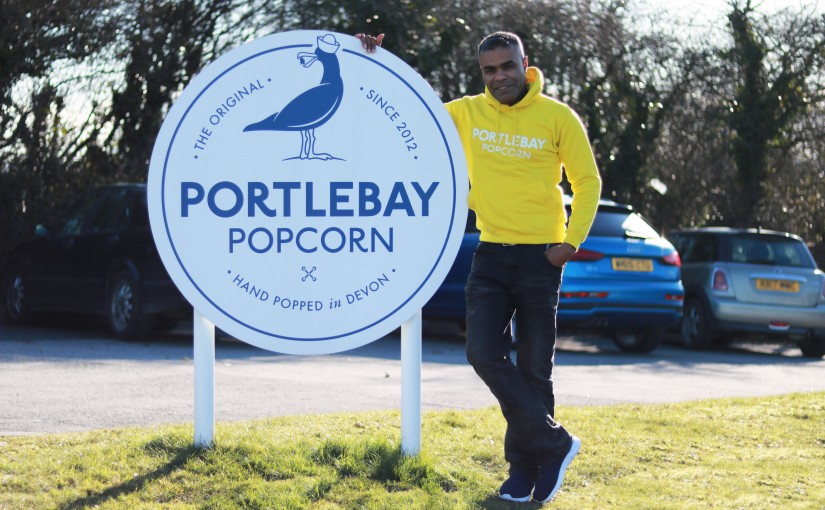 We are super excited that our team is growing and that we are gaining some new friendly faces at The Poppery! Today we are introducing Roddy, the most recent popcorn fanatic to board the Portlebay ship! Here are a few fun facts about him…

– The name’s Aureliano Rodrigues Val Cupertino, but you can call him Roddy

– His favourite food is pizza!

– Romance is his top choice of film genre

– When he lived in São Tomé and Príncipe (the two-island nation, floating in the Gulf of Guinea) Roddy played professional football! He was only 16 when he joined the professional team!